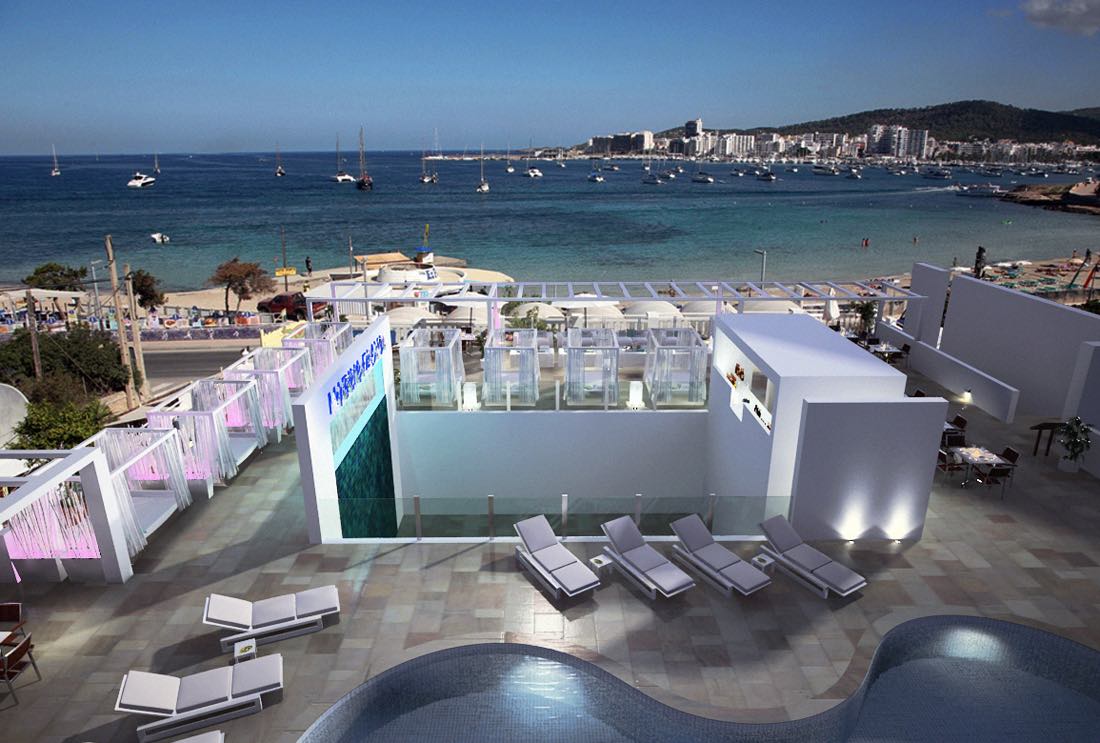 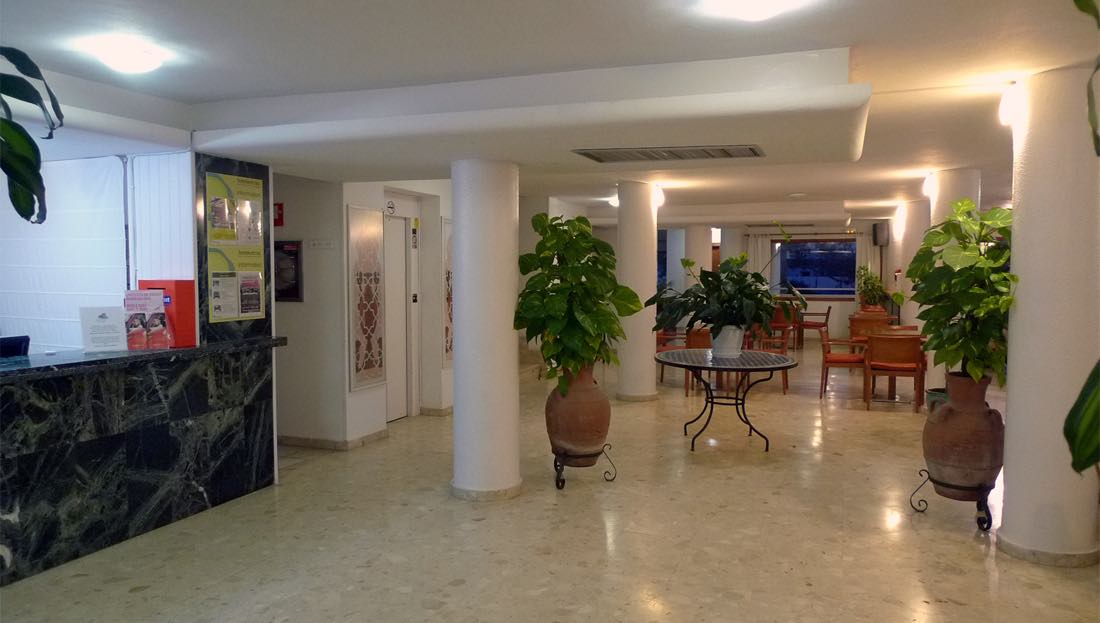 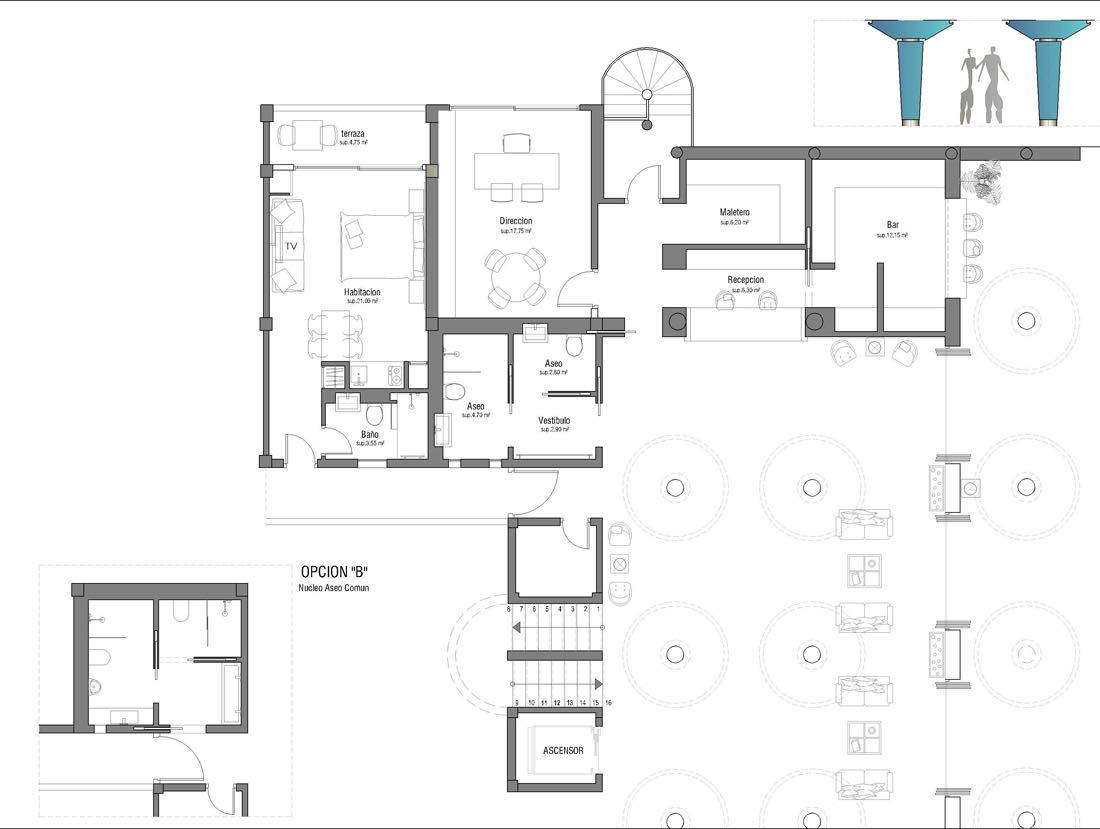 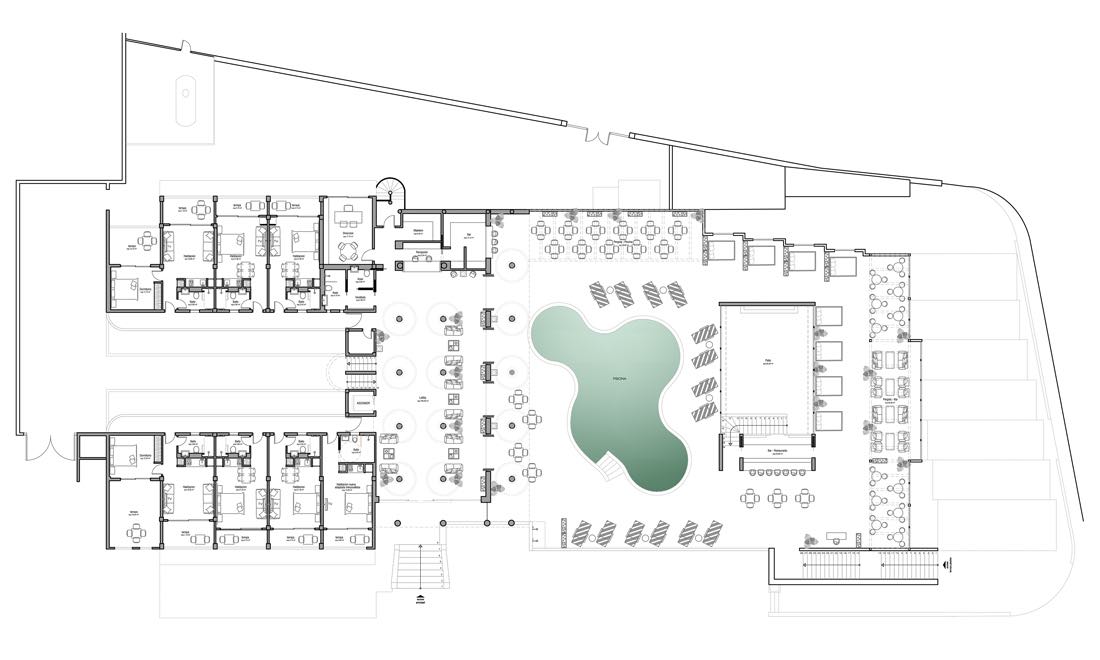 Originally the hotel was built in 1970 in a typical rationalist style. The idea of the owners was to create a new concept of hotel according to new times and the request of the new tourism on the island of Ibiza. The proposal extends to the Lobby and public areas including the solarium which total approximately 2,000 sqm. The goal was to improve the facilities and make better use of the public spaces considering its front-line beach location with one of the best sunsets on the island.